What is an elopement? 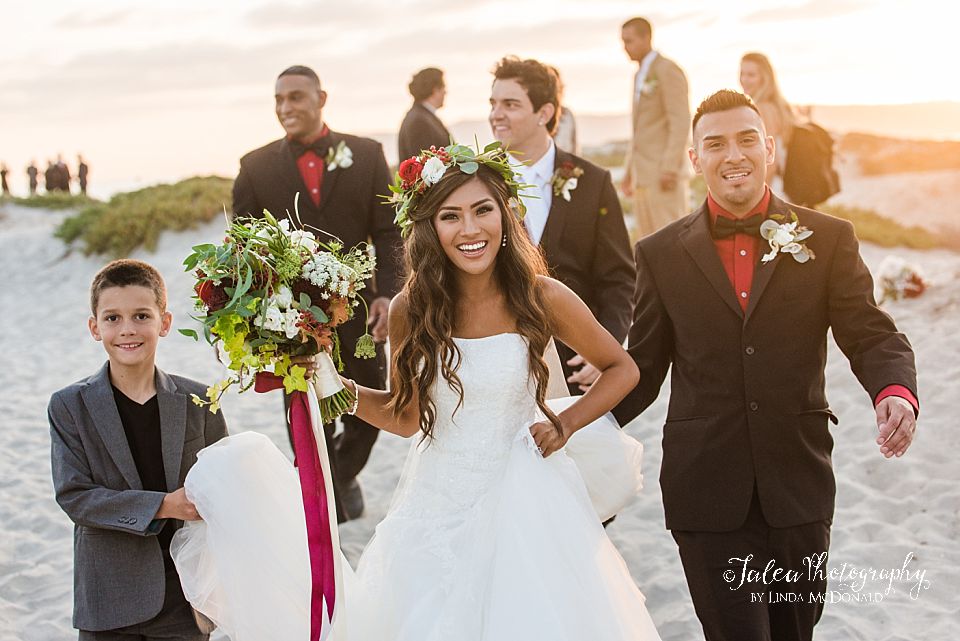 It’s a struggle right now trying to plan a wedding during the COVID-19 pandemic.  Many couples are choosing to avoid the stress and uncertainty and eloping instead.  This trend is likely to continue in 2021.  But what exactly is an elopement?  Is it a good alternative to a traditional wedding?  Read on to find out more about this new wedding trend.

Traditionally, when you think of an elopement, it’s visions of couples spontaneously running away to Vegas getting married in secret.  While couples can still choose to go it alone, elopements have evolved to become intimate affairs with family and closest friends included.  Furthermore, elopements are no longer just spur of the moment events with no planning involved.

Another thing that’s evolved about elopements is that it’s no longer just for young couples seeking to avoid disapproving parents or the pregnant bride wanting to get married before the baby arrives.  Fortunately, that’s no longer the case as there are many other great reasons to elope.

Elopements relieve the pressure of planning a large wedding.  It’s also great for couples who are spontaneous adventurous types or don’t like being the center of attention.  For some couples, it’s their second marriage and they’re not interested in another traditional wedding.  Lastly, to save money.

While this is not the primary reason couples choose elope these days it certainly a common one.  Couples are finding that with the money they save they are able to invest it in having a truly memorable experience on their elopement day!

Emphasis is on the couple experience rather than the guests’ experience

With an elopement, the day is centered around the couple and their love rather than entertaining family and guests.

One of the perks of an elopement is that it can be done at just about any setting – a park, backyard, private estate, courthouse, hiking trail, tropical island or scenic mountain top.  The possibilities are endless! 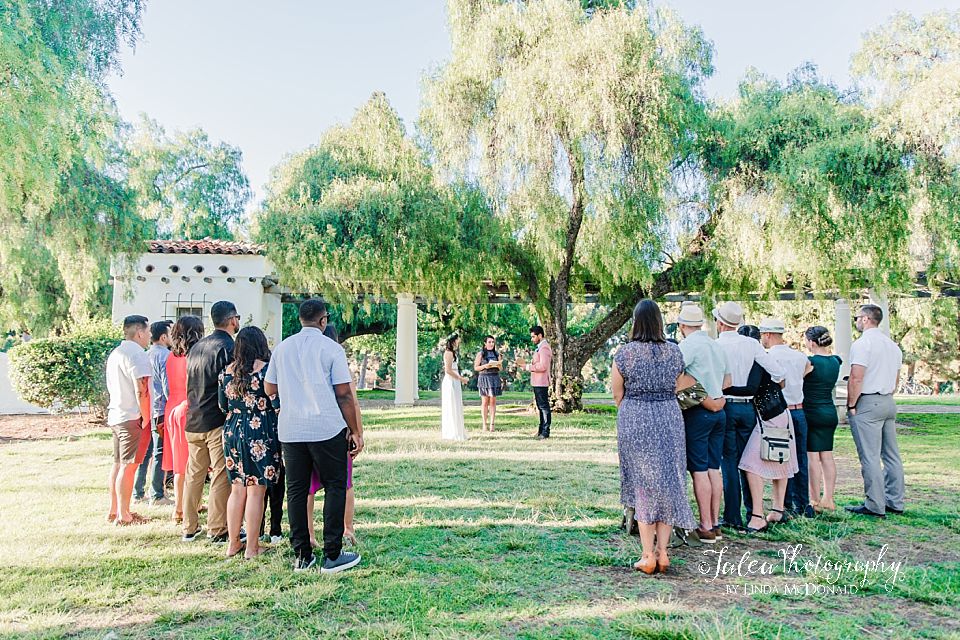 Get information about San Diego beach and park permits here.

Most elopements include ring and vow exchange.  Ceremonies can be religious or secular and attire can be formal or casual.  Just because you’re not having a large ceremony doesn’t mean you can’t wear the  bridal gown you’ve always dreamed of.  It’s very common for couples to wear a suit and wedding dress for elopements. Formal attire not your thing?  You could opt for the tea length dress and you don’t even have to wear white.  There are no rules here!

At the very least you’ll need to check the laws in the state you’re getting married and get your documents together (birth certificate and a marriage license), decide on a location, and hire vendors such as an officiant and photographer (who can also serve as your witness).  In some cases, couples are opting to have a friend ordained to perform the marriage ceremony.

If there’s travel involved it will involve a little extra planning such as transportation, lodging and researching locations or elopement venues.  Last but not least, you’ll need to find a local florist for your bouquet if you’re going to have one.

You can still celebrate with family and friends

Just because you’re eloping, doesn’t mean you have to miss out on celebrating with family and close friends.  Typically, those who elope put more emphasis on the ceremony and couple portraits and forego the reception.  Although that doesn’t mean you can’t have a celebration with your family and friends at a post elopement party.  It’s common for couples to reserve a private room at a restaurant after the ceremony or have a celebration on their one-year anniversary. 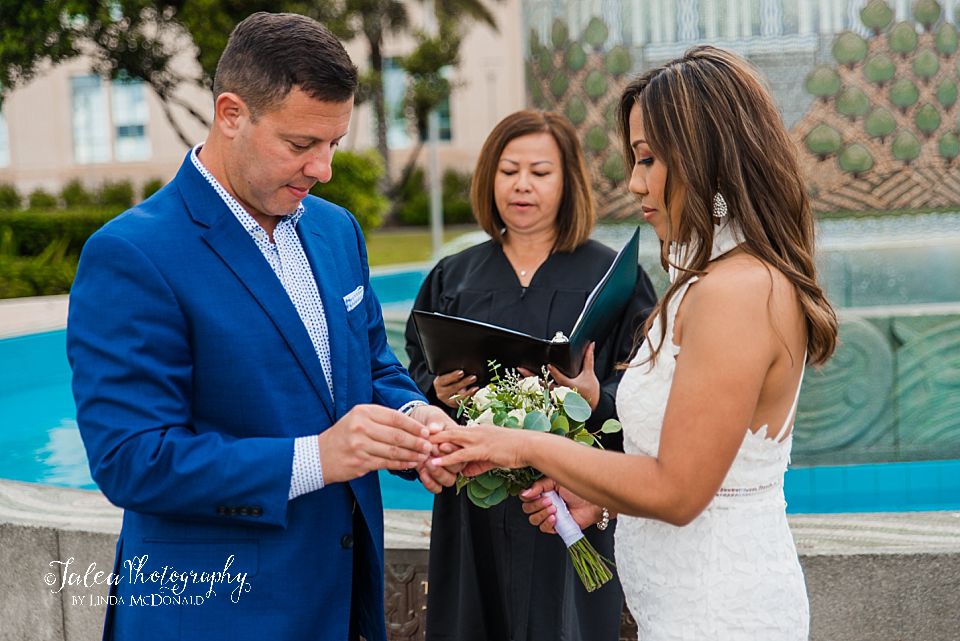 Is there a difference between an elopement and an intimate wedding?

The lines between an elopement and an intimate wedding can sometimes get blurred being that an elopement is also an intimate affair.  However, an intimate wedding usually requires the same amount of planning as a traditional wedding as well as being a full-day event with the difference being a smaller guests list.   There’s no hard and fast rule but on average, there’s usually no more than 50 people.  It can also mean a scaled-down reception with the bride and groom opting to skip the DJ.

Consider hiring a photographer and videographer to document your elopement

Even though you’re not having a traditional ceremony, you’ll still want a photographer to document your meaningful day with beautiful photos.  Also, consider hiring a videographer for guests who weren’t able to attend.  One of the best things about an elopement is that your couple portraits tend to turn out better since you won’t have to rush through them.  You’ll be more relaxed because you won’t have to adhere to a strict timeline and it will show in your photos.

If you’re considering an elopement or intimate wedding in San Diego, I’ve photographed many of them and would love to help you plan your day for optimal photos.  Check out this featured intimate wedding here.  Get in touch with me here.  Find out about marriage license requirements here. 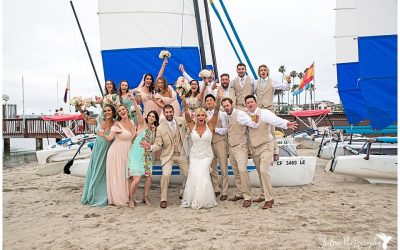 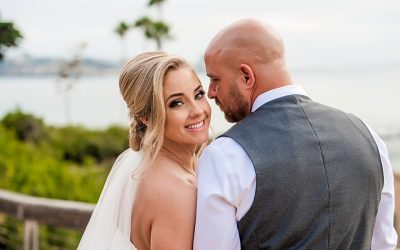 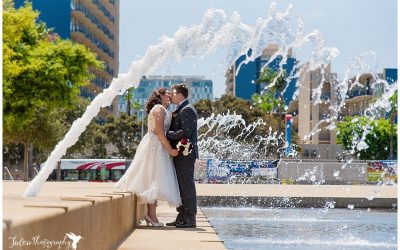 Top 5 Reasons to Have a San Diego Courthouse Wedding

A comprehensive guide on everything you need to know about planning a San Diego courthouse wedding.